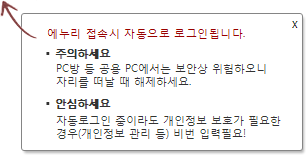 As TV technology evolved, TV resolution steadily increased. In recent years, TV resolution has come up to 4K UHD, which is about 4 times higher than 1980*1080. Therefore, a lot of contents on YouTube and Netflix support 4K UHD resolution. There is even a ‘4K-only’ channel.

There is a saying about TVs. “the bigger, the better” How big TV do we need? The definition of a ‘big TV’ has been changed every year. Recently, 75-inch TVs have become popular. However, the price of 75-inch TVs of major companies exceeds 2000$ in South Korea.

But what if you can purchase a TV that has the same resolution at half the price? ‘E7500UC’ of 'Innos’ is that kind of TV. And 'Innos' is preparing to release a new product that is equipped with IPS panel. It is ‘E7500UC IPS’.

E7500UC supports the upscaling function. When you watch a movie with a resolution under 4K UHD, this TV shows the movie at 4K UHD resolution.

This TV offers the response time of 8ms. It is slower than 5ms of the product with VA panel. However, there was no afterimage on move or fast-moving images. It also has a flicker-free function and supports a refresh rate of 60Hz.

At the back of the TV, there are audio optical output and three HDMI ports, D-SUB, RF, and AV video port. On the left side of the back, there are 10 input ports and 2 output ports, including a USB 2.0 port, one HDMI, component video and audio, and a 3.5mm port. HDMI 1, 2, 3 port support HDMI 2.0.

HDMI 1 port on the bottom has ARC(Audio Return Channel) function, you can use the sound device such as a sound bar without needing to pull out an additional audio signal. HDMI 4 port that is located in left supports the MHL function.

When you display the pictures on the TV screen, pressing the play button on the remote control will automatically play the slideshow.

The TV is 1,682mm in width and 969mm in length. When you take the TV out of the box, you would be overwhelmed by the size. It weighs 45.7kg including the stand. It consumes 300 watts per hour.

There are speakers on the bottom of both sides of the TV. The V-shaped stand is made of steel. Anti-slip rubber is attached at the bottom of the stand.

E7500UC, the previous model, activates 'Chroma Subsampling 4:4:4' in PC mode. However, this model seems to activate that function by default.

In the sound menu, you can make adjust options such as sound mode, surround, digital audio output, and ‘audio only’ mode. ‘Audio only’ mode is a mode for when you want to hear only the sound of the TV while the screen is turned off. It can be used to play music until you fall asleep at night if it is set together with the sleep mode.

I connected the TV to the PS4 Pro(PS4 Pro supports 4K UHD resolution.) and enjoyed some games. The first game I played was 'PlayerUnknown's Battlegrounds'. It is a battle royal game where 100 players compete until the last one is left. The PS4 version has also been released recently.

The next game I played was Marvel’s Spider-Man. It is a game where the user becomes a 'spider-man' in Marvel Comics and fights the bad guys in New York City.

One of the interesting features of this game is the 'web swinging', which the Spider-man uses to fly between buildings in New York. Using ‘web swinging’ on a 75-inch TV with 4K UHD resolution was very cool and vivid.

The next game I played was Netmarble's mobile game ‘Blade&Soul Revolution’ that shows high-quality graphics. I was wondering what it would be like to play this game on a 75-inch TV.

After connecting the TV to my PC, I launched the app player on my PC and enjoyed the mobile game ‘Blade&Soul Revolution’. It was excellent. Especially, when I use the 'Gyeong gong'(It is one of the Chinese martial arts. It makes one’s body lighter so one can move very quickly.) It felt like flying through the sky.

This product does not support HDR (High Dynamic Range) function that makes the dark area darker and bright area brighter.

To summarize, the E7500UC is a TV with all the features you need for a big 75-inch screen. And the new model with IPS panel is expected to be priced at a slightly higher price than the model with VA panel. If you want to have a 75-inch 4K UHD TV and you do not need the smart TV function, E7500UC would be a good choice.